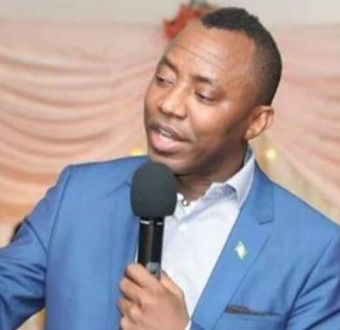 Yesterday, the suspension of Omoyele Sowore as the National Chairman of the African Action Congress, AAC, and Malcom Fabiyi as the Deputy National Chairman was validated by a Federal High Court which sat in Abuja.

Reacting to the court ruling in a series of posts on Facebook, Sowore said, ‘a compromised judiciary is perhaps one of the greatest tragedies that could happen to a nation state. Anytime a legal decision doesn’t amount to justice, the sould of the nation is murdered’.

He also said, ‘as you all can see ALL the mainstream media outlets are happy that a compromised judicial pronouncement said our solid defence did not count because I was not the one personally deposed to an affidavit challenging the fraudulent attempt to steal @aacparty’.

I sent a page of my international passport to the judge, Justice Inyang Ekwo showing that I had left Nigeria on May 12 before the case was instituted on May 14th, the judge instead sent my passport to the Rivers State Election Petition Tribunal to assist @GovWike’s case.

The mainstream media never reported all the filings we made in court that essentially put a lie to all the fraudulent claims being used to steal @aacparty, they were mobilized to court today by Governor Nyesom Wike @govwike who couldn’t hide his interest.

A judge gave a ruling with no basis in law and the mainstream media are happy to rebroadcast same.