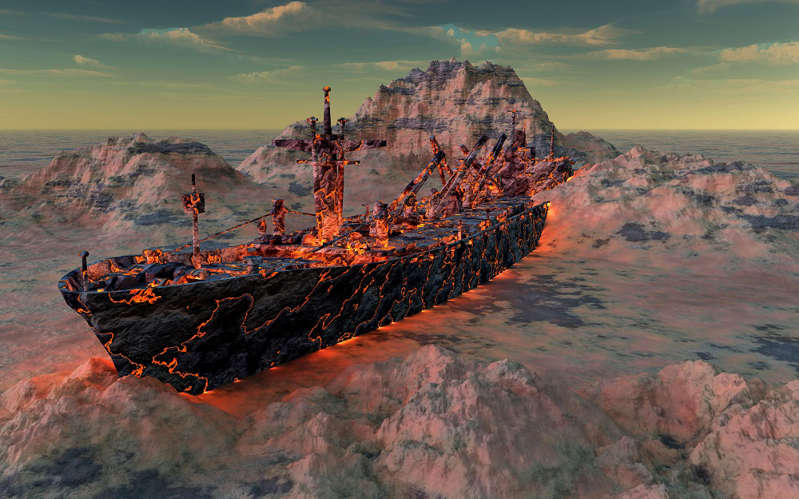 The mystery behind the disappearance of several boats in the Bermuda Triangle may have finally been unraveled in a new theory by British scientists. According to the recent research, “rogue” waves going up to 100 feet could be engulfing boats in the region.

At least 1,000 lives have been lost in the region within the last 100 years, and on average, four aircraft and over a dozen yachts go missing every year there. The infamous body of water lies in the western part of the North Atlantic Ocean and stretches 270,271 square miles between Florida, Bermuda and Puerto Rico.

Experts at the University of Southampton said the mystery of the Bermuda Triangle can be explained by a natural phenomenon known as “rogue waves” — which only last for a few minutes.

According to the scientists, these were first observed by satellites in 1997 off the coast of South Africa. The research team reportedly built a model of the USS Cyclops, a 542-foot-long Navy cargo ship that went missing in the triangle in 1918, claiming 300 lives. The ship’s captain never sent out an SOS distress call, and an extensive search found no wreckage.

The work of the research team will be explained on Channel 5 documentary “The Bermuda Triangle Enigma.”

According to the Sun, which first reported about the new theory, scientists used indoor simulators to re-create the monster water surges.

Dr. Simon Boxall, an ocean and earth scientist, said three massive storms coming together from different directions in the region could be the perfect condition for a rogue wave. Such a surge in water could engulf a boat, such as the Cyclops.

“There are storms to the south and north, which come together,” he said. “And if there are additional ones from Florida, it can be a potentially deadly formation of rogue waves … They are steep, they are high — we’ve measured waves in excess of 30 meters (98 feet).”

Unusual events in the region date back to 1493 and the first voyage of Christopher Columbus (1451–1506) to the New World. The explorer recorded having compass malfunctions and seeing strange lights.

After the USS Cyclops disappearance, another mystery occurred on Dec. 5, 1945, when five U.S. Navy torpedo bombers — Flight 19 — carrying 14 men flew from Fort Lauderdale, Florida, on a routine training exercise. Squadron Commander Lieutenant Charles C. Taylor reported he was lost as weather and sea conditions worsened. Two rescue planes were sent out shortly after, but only one returned. Wreckage of Flight 19 and the rescue plane have never been found.

Several other boats and aircraft were believed to have disappeared in the region, which is also called the Devil’s Triangle.

Theories from aliens to time vortexes to pockets of methane gas have surfaced for years. However, most investigations indicate bad weather and human error as the most likely culprits.