“There are no words. There is no blueprint for how to deal with such a painful loss,” said Tommy Dempsey, head coach of the Binghamton University men’s basketball team, in a statement. “We all loved Calistus so much. He was such a special young man. We are devastated”

Calistus, 19, was entering his sophomore year at Binghamton. Originally from Nigeria, Anyichie played in 32 games with the Bearcats his freshman year and was majoring in political science.

Ithaca fire and rescue crews were dispatched to the 300 Block of W. king Rd at Upper Buttermilk State Park for the drowning on Sunday.

According to Ithaca fire department, they found “a college age male who was unconscious in the water. Rescuers worked on providing medical attention while extricating the patient who was down a roughly 15-foot bank. A rope  system was used to get the patient up and out of the ravine and he was then carried out of the gorge to waiting Bangs Ambulance Paramedics. Guthrie Air, NYS Park Police and Tompkins County Sherriff’s assisted at the scene and are investigating the event.”

In honor of Calistus, college basketball players, fans and team took to twitter to remember the young man. 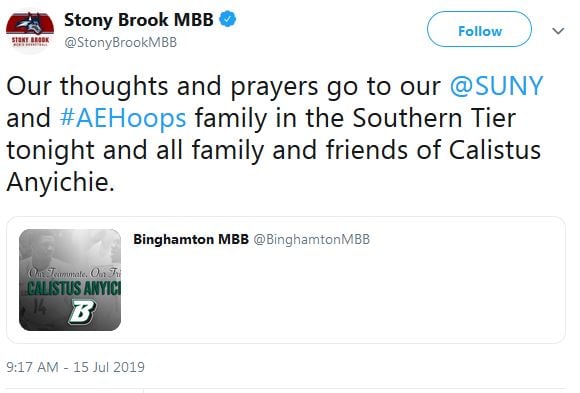 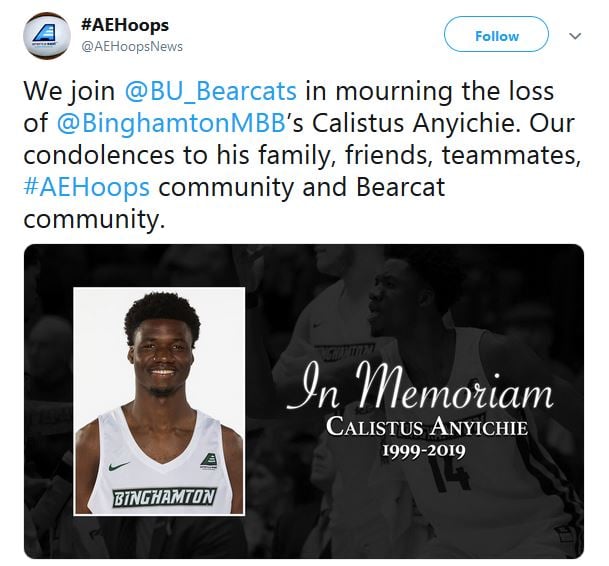 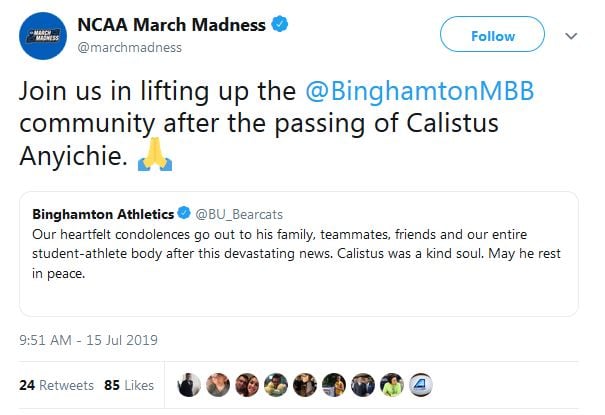