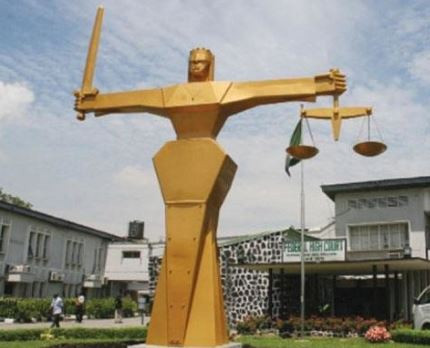 A teenage housekeeper identified as Ofonime John, was on Monday arraigned before a Yaba Chief Magistrates’ Court, Lagos for alleged theft of her employer’s international passports.

John, 19, who lives in Ogun State, is facing a count charge of stealing, to which she pleaded not guilty. Prosecuting Sergeant Modupe Olaluwoye told the court that the defendant committed the offence at 10am on July 1, on Grace Court Estate, Makoko, Yaba.

She said the defendant worked for the complainant, Mrs. Modupe Olubamowo, for over a year before she stole her passport with UK 10-year visa and an expired one.

Olaluwoye said the complainant kept the passports in a cupboard in her room, from where the defendant stole them and ran away.

“My lord, the defendant claimed that she had to rush to her village because her mother was ill. It was after she left that the complainant noticed that her passports were missing and she reported to the police. They contacted the agent that connected her (defendant) to the complainant and she was brought back,” the prosecutor said.

The alleged offence contravenes Section 287 (7) of the Criminal Law of Lagos State, 2015 (Revised). Chief Magistrate Oluwatoyin Oghere granted the defendant N100,000 bail with two sureties in the like sum. She said the sureties should be employed and show evidence of three years’ tax payment to the Lagos State Government.  The case continues on September 11.