Teen who raped girl, 10, on her way home from school and left her in ditch is jailed

A boy who raped a 10-year-old girl while she was on her way home from school has been jailed for seven years.

The teen, 17, who cannot be named, said he raped the girl and strangled her till she was unconscious because he was “angry and full of resentment”.

The teen left the girl unconscious in a stream following the attack in Exmouth, Devon, on October 4, last year.

A court heard he was cycling home when he saw the girl on near a grassy area, close to the river bank which is covered in trees. The terrified girl, on her way home from school, heard him running up behind her so she took her phone out to call her mum. But he grabbed it and threw it into the bushes, grabbed her around the throat and dragged her down a bank into the stream.

She then fell unconscious and was raped by the boy in the undergrowth, Bristol Crown Court was told.

The girl was found by a witness who heard her calling out for a teacher and said she appeared disorientated. They helped her from the stream before calling police. 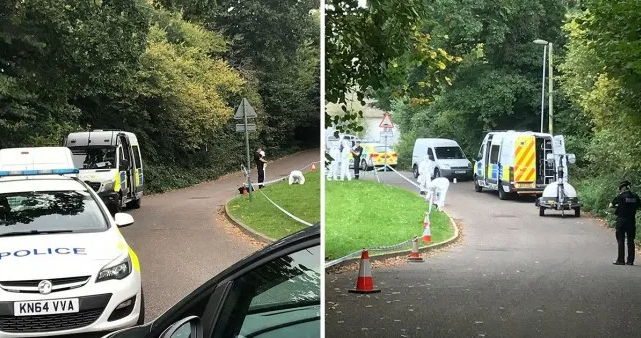 The boy fled the scene but was arrested the following day.

Judge Mrs Justice May jailed him for seven years and two months, telling him: “You violated her in the most ugly and cruel way. After raping her, you stayed for a short while before leaving her in that state – half in and half out of the water, soaking wet. Why on earth did you do it?”

The judge said the boy had told a psychiatrist that he was “angry, full of resentment and wanted to cause damage’ to another person. He believed attacking a person in a sexual manner would cause “the most psychological harm”, Mrs Justice May said.

She told the boy: “You took steps to inflict the most damage you could on a young person much smaller than you. You used a great deal of force on her and you were aware of the impact of your actions.”

He was also handed an extended sentence of eight years on licence, which the boy will serve after his release from prison.

A jury acquitted the boy of a charge of attempting to murder the girl following a trial in March. They were unable to reach a verdict on a charge of rape. The boy admitted this charge on the first day of his re-trial in July.