A high-ranking Chinese monk has denied accusations he sexually harassed nuns and coerced them into sex by “controlling their minds”.

Abbot Xuecheng’s alleged actions were detailed in a report sent to government officials by two monks from Longquan temple where he is based.

The temple, in Beijing, has accused the monks of “distorting facts”.

Xuecheng is the latest public figure to be accused of sexual misconduct as part of a growing #MeToo movement in China. 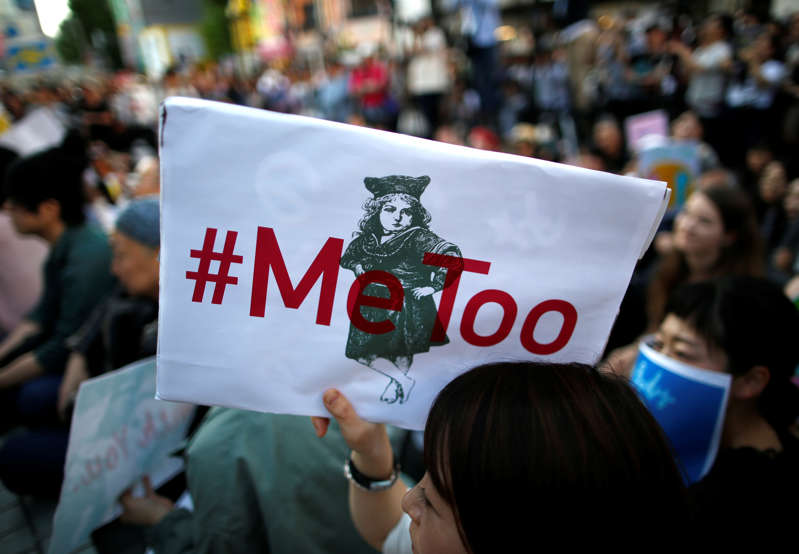 He is the head of the Buddhist Association of China, the youngest person to ever hold the position, and a political advisor to the government.

The abbot also has more than a million followers on Weibo, a Chinese social network.

The temple said in a statement posted on Weibo (in Chinese) that it would call for an investigation team to be set up, but stressed Xuechang’s denial of the charges.

It said the “fabricated evidence” had “illegal intentions to maliciously frame Abbot Xuecheng”.

The report written by two monks at Longquang temple, Xianjia and Xianqi, accuses Abbot Xuecheng of sending illicit messages to the nuns and coerced them into sexual relations.

It alleges that he tempted or threatened at least six nuns to have sex with him. Four gave in to his requests, it says.

It also accuses the abbot of using text messages to “mind-control” the nuns by claiming that sex was part of their study of Buddhist doctrines.

The 95-page document, which was leaked online, also said one of the nuns had filed a police report in June alleging Xuecheng had sexually assaulted her.

According to the monks, they began investigations into Xuecheng’s actions after a nun who stayed in Beijing in December 2017 showed them sexual messages sent from the abbot.

“Longquan temple is under his spell,” said the report. “Xuecheng manipulated disciples to serve his ‘Buddhist empire’.”

Xuecheng was taken in for questioning but has now been released, according to a source speaking to state media outlet the Global Times.

The report has been circulating on Chinese social media platforms but appears to be being deleted and censored.

Monk Xianqi confirmed to the BBC that he co-wrote the report but rejected an interview request. He said he had “no idea” how it leaked and said he did not have plans to publish it publicly.

The #MeToo movement, which erupted in the US last year and led to dozens of high-profile figures being publicly shamed for sexual misconduct, has been slow to take off in China.

But the movement now appears to be moving forward, despite accusations the government has been censoring reports.

Abbot Xuecheng is the latest figure to be been accused of sexual misconduct.

Earlier in January this year, China had one of its first #MeToo moments after an academic accused her professor of sexual harassment. He was later sacked.

Since then, a veteran journalist, the founder of a prominent charity and another academic have figured among the accused public figures.

Previous: ‘If you must have anything with me as a man, you must be very strong in bed and satisfy me sexually, at least for an hour’ – Yoruba actress, Eniola Odunsi
Next: US holds pre-departure sessions for 110 Nigerian students