US groups warn of security threats to 2019 Nigeria vote 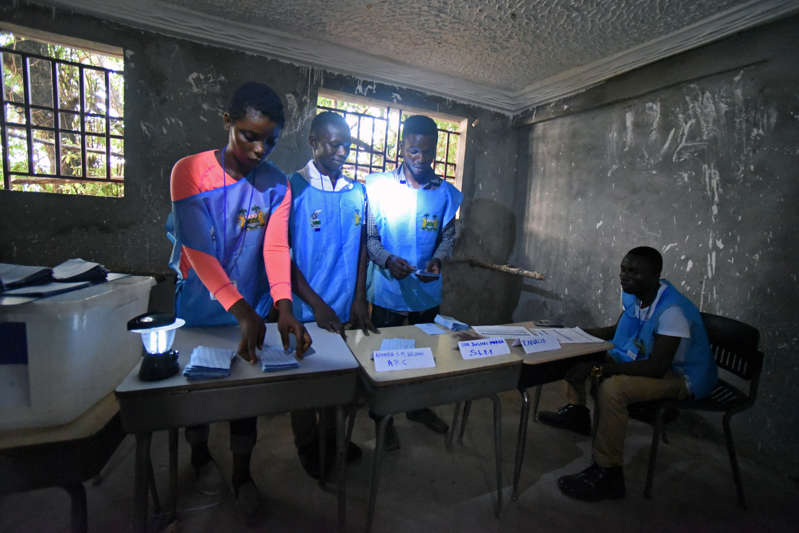 Voters in Africa’s most populous nation go to the polls in February next year, with President Muhammadu Buhari looking to secure a second, four-year term of office.

The 75-year-old former military ruler in 2015 became the first opposition candidate to defeat a sitting president at the ballot box in the country’s history.

But despite pledging to defeat Boko Haram, whose insurgency has left at least 20,000 dead in the last nine years, violence persists and has erupted elsewhere.

The National Democratic Institute and the International Republican Institute, which have been on a joint visit to Nigeria, said fears of unrest were commonplace.

“Nigeria faces security challenges from a number of non-state actors that, if unchecked, could disrupt the electoral process,” the NDI and IRI said in a pre-election assessment.

As well as Boko Haram attacks, renewed violence in the long-running resources conflict between cattle herders and farmers in central states has killed 1,000 people this year.

Trading in illegal weapons, the apparent inability of the security forces to stop the violence and the framing of it in political or religious terms were fuelling unrest, they added.

“If not addressed, these security threats could erode confidence in government,” they said.

The high numbers of displaced in the northeast and central states could pose “specific challenges for the conduct of elections in the impacted areas”, they added.

Similar fears about violence and its potential effects on planning, holding and participating in an election in areas wracked by conflict were seen before the last vote.

The vote was pushed back six weeks to allow the military more time to secure areas controlled by Boko Haram, whose leader Abubakar Shekau had threatened to disrupt the election.

Voting eventually took place, with polling stations set up near camps for the displaced, although turn-out was down.

Efforts to get younger people involved in politics, through new legislation to lower the age of political candidates, were welcomed.

But more needed to be done to increase the number of women involved in politics while “the over-personalisation of politics and of the role of money in elections” were a concern.

The July 14 poll to elect a new governor in the southwestern state of Ekiti, for example, was dogged by claims of vote-buying by the two main parties as well as harsh rhetoric.

“Vote-buying is an electoral offence; it also undermines the legitimacy of elections and weakens representative democracy,” the NDI-IRI said.